The National Hydropower Association (NHA) is one of a dozen hydropower industry, environmental, and scientific groups that have come together in the Uncommon Dialogue process, a Stanford University initiative to create consensus around hydropower and environmental issues. Recently, this coalition produced a detailed infrastructure spending proposal aimed at Congress and the Biden administration. It envisions $63 billion of investment over 10 years to address climate change, river conservation, hydropower, and public safety. In this interview, NHA Vice President of Government Affairs Zolaikha Strong tells Hydro Leader about the details of the proposal.

Zolaikha Strong: I worked at the Federal Energy Regulatory Commission (FERC) for almost 6 years on an array of different issues related to the electric utility industry— everything from assessments of mergers and acquisitions and corporate transactions by electricity companies to generator interconnection, the integration of cogeneration facilities, and ancillary resource integration to ensure reliability. After FERC, I worked at Edison Electric Institute, where I was the manager of transmission policy. I essentially worked on transmission planning, transmission siting, investments, and other FERC-related issues dealing with the smart grid. Before coming to the NHA, I started the first North American clean energy initiative for the Global Copper Alliance. The copper industry wanted to have a proactive effort in the energy markets, given that over 60 percent of copper is sold in the form of wiring cable in the electrical markets. In my role at the NHA, I oversee the association’s government affairs efforts and am currently working on some amazing initiatives across the hydro industry, including the Uncommon Dialogue, advancements for pumped storage hydropower, and policies to support the licensing of many of our hydropower facilities.

Hydro Leader: Please tell our readers about the $63 billion infrastructure investment proposal that the NHA was involved in developing.

Zolaikha Strong: Back in the fall, a robust group of environmentalists, conservationists, folks from the river community, and people from the hydropower industry came together in the Uncommon Dialogue to help accelerate what we call the three Rs: rehabilitation, retrofit, and removal. These efforts will encourage the Biden administration and Congress to advance the clean energy and electricity storage benefits of hydropower while also ensuring the environmental safety and economic benefits of healthy rivers.

The second area is leveraging the federal tax code to incentivize investments on dam safety, environmental improvements, and grid flexibility and availability. There is an opportunity to establish a 30 percent tax credit for investment in qualifying facilities. We also want to make sure that there’s a direct-pay alternative for public power members of the hydropower industry. We propose $4.7 billion to provide those eligible tax credits over 10 years. There are entities that wouldn’t be eligible for the tax credits if they received federal funds for the same activity, so we’ve avoided double counting in our total. That $4.7 billion has qualifiers for dam safety, environmental improvements, and grid flexibility and availability. It leans toward needed investments on existing facilities that would allow the hydropower industry to keep providing clean, renewable energy in order to meet climate change goals, provide voltage support and black start capabilities, and provide flexibility as wind and solar facilities are integrated in some of these dams. Personally, the way that I see this is that tax credits created a lot of market momentum and dynamism in the solar and wind industries, and we want to give another clean energy source, hydropower, the same opportunity. Those tax credits would help a lot of existing facilities to meet their environmental and safety requirements and would provide some cost savings.

The third pillar is creating a public source of climate resilience and conservation funding for the removal of dams that have reached the end of their useful lives. The coalition came together to say that Congress should authorize mandatory annual grant funding to remove 2,000 public and private dams over 10 years. We’re looking at a $15 billion expenditure over 10 years to leverage funds through variable cost sharing to ensure that the dams are removed with the consent of the dam owners. In addition to congressional authority, we want to make sure that dam owners are involved in that process. We’d like to see the establishment of interagency and stakeholder advisory committees to coordinate agency systems and dam removal planning and funding, to enable harmonized agency permitting to ensure predictable regulatory process, and to serve as a forum to address any problems. We also propose the establishment of a dam removal advisory council. We propose investment in expanded and clarified authorities to support dam removal through existing programs. The funding should also assist with real or perceived environmental liability in order to facilitate removal. To clarify, we do not propose removing any federal power dams. This concerns only the removal of federal nonpower dams, and that only with the establishment of congressional authority.

The fourth piece is investment in existing federal dams and relevant research programs to accelerate decarbonization, increase renewable power generation, enhance environmental performance, improve dam safety, and leverage technologies. This is a $24 billion investment over 10 years and would involve working with the Army Corps and the Bureau of Reclamation. We want the funds for those agencies to be nonreimbursable, thus avoiding cost increases for federal hydropower customers.

Hydro Leader: How has the coalition been able to bring together hydro industry groups and environmental groups?

Zolaikha Strong: Our conversation started over 2 years ago through the Uncommon Dialogue process, which is an initiative of Stanford University’s Woods Institute that is led by Dan Reicher. The dialogue has brought together key players from different ends of the spectrum. Dan Reicher is the former assistant secretary of energy for energy efficiency and renewable energy at the U.S. Department of Energy, so he understood the issues and the opportunities for advancing hydropower while also ensuring that rivers and the environment are protected. If the Uncommon Dialogue’s $63 billion proposal is adopted, we approximate that it would create about 500,000 jobs, restore 20,000 miles of rivers, and secure 80 gigawatts of renewable hydropower and 23 gigawatts of electricity storage capacity. Adding in the improvements of the existing hydropower fleet, we’re looking at a reduction of greenhouse gas emissions of 5.1 billion tons by 2050. The rehabilitation and removal of 2,000 dams that is discussed within this proposal will also help create a safer environment in those regions.

Hydro Leader: Would you expand on how these investments would create jobs?

Zolaikha Strong: In total, as I said, we’re looking at about half a million jobs. The tax incentive piece alone could add about 195,000 jobs to the hydropower industry. The well-paying jobs that this investment would create include installing turbines, generators, and other power-generating equipment and implementing dam safety, river restoration, and improvement all across the federal fleet.

Hydro Leader: Please tell us about the potential benefits of powering nonpowered dams and why that is an advantageous area for federal investment.

Zolaikha Strong: While the proposal focuses on upgrading and improving existing facilities, adding generation to nonpowered dams can play a big role in helping President Biden reach the goal of a zero-carbon grid. Missouri River Energy Services’ new Red Rock Hydropower project is a perfect example of hydropower’s potential. Given the high capital costs of developing on nonpowered dams, we are working on behalf of the industry to provide the tax incentives to help get these projects over the finish line.

Hydro Leader: How else can improvements at existing dams improve energy production and reduce environmental effects?

Zolaikha Strong: Financial support through either tax credits or congressional appropriations can help by optimizing generation efficiency and output in addition to making environmental and safety enhancements. If a hydro project has been around for 50 years, we want to do all that we can to ensure that it is available to the next generation. We can also make environmental enhancements to improve the health of rivers and reduce environmental impacts. It can also help address the national climate change goals, which include adding more clean energy sources like hydropower into the national clean energy mix. Simply said, providing power for local communities while also providing environmental benefits is just a win-win.

I think the biggest takeaway from our time in the coalition is that people on different sides have been able to say, “Holistically, we agree. We don’t want to create any adverse effects on the environment. We want to be good stewards in the community with our dams, but this is what we need to get there.” It’s been a dynamic conversation, and I think that folks have been able to find agreement.

Hydro Leader: What are the NHA’s goals for hydropower investment and growth, and how do those goals fit in with the Biden administration’s stated goals about infrastructure spending and the environment?

Zolaikha Strong: The proposals the hydropower industry is making through the Uncommon Dialogue really fit in with the administration’s infrastructure, environmental, and climate change goals. As a part of this coalition, we want to provide leadership and say that the hydropower industry provides a clean energy solution that helps meet the national climate change goals that the administration has put forward, especially since the administration has intercorrelated infrastructure spending and green energy initiatives. That is to say that we need investment in infrastructure and we also want to ensure that the infrastructure that what we’re talking about meets environmental standards and can continue to generate clean energy for the country over the long term.

Hydro Leader: What infrastructure spending plans should the hydropower industry expect to see from Congress and the Biden administration in the coming months?

Zolaikha Strong: There’s so much up in the air right now that I feel like, in some ways, we’re playing Nostradamus. We do hope to see the coalition’s four major areas of recommendations moving forward through Congress, and in the coming months, we want to see the full Uncommon Dialogue package make its mark on the measures that are put in place to meet the clean energy goals. The hydropower industry can contribute to that either through generation or through investment in the environment and in the restoration of 20,000 miles of rivers. It’s also an opportunity to create 500,000 U.S. jobs on U.S. soil, which is opportune for the goals of Congress and the administration.

Zolaikha Strong is the vice president of government affairs for the National Hydropower Association. She can be contacted at zstrong@hydro.org or (202) 302‑1507. 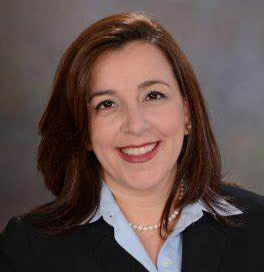