Hydro Leader: Please tell us about SVID as a district and its infrastructure, particularly Sunnyside Dam.

Lori Brady: SVID is located in the Yakima Valley in the southern part of central Washington. The 94,000‑acre project serves irrigation water to parts of Yakima and Benton Counties in the lower Yakima River Valley. The original diversion dam was constructed in 1878–79 by the Konewock Ditch Company. The first water diversion was in the spring of 1880 by Konewock Ditch Company. The Konewock headworks were later used by the Sunnyside Canal.

Hydro Leader: What concerns does the Sunnyside Dam pose in terms of fish passage?

Hydro Leader: When did SVID first decide to address this issue and what were the first steps it took?

Lori Brady: This issue first came to the district’s attention through a presentation. The first 2 years of a 3‑year smolt outmigration survival study were presented to SVID staff by Bureau of Reclamation staff in 2019. Several months later, the same presentation was given to the SVID board. After the presentation, the board realized that keeping salmon and steelhead smolts from entering the Sunnyside Main Canal was vital for improving their migration. It was an important issue that needed to be addressed, and the board wanted to be a part of the solution.

Hydro Leader: How did SVID and its partners decide to go with the solution of a boom fish guidance system? What were the other options you considered?

Lori Brady: Fish guidance systems are common at many hydro facilities throughout the Columbia River basin and other regions of the Pacific Northwest as a means to route salmon and steelhead smolts to fish collector systems or to desired passage routes. Some examples of facilities with fish guidance systems are the Bonneville, McNary, and Rocky Reach Dams on the Columbia River. In California, a fish guidance system is used to modify yearling Chinook outmigration routes in the Sacramento–San Joaquin River Delta. The only other option was a multimillion-dollar fish screening system upstream of the SVID headgate.

Hydro Leader: What is the fish guidance system constructed of? Why was this material chosen?

Lori Brady: The fish boom is made of several sections of sealed high-density polyethylene pipe, which are connected to each other and to the anchors with heavy chains. Four-foot-deep stainless-steel-wire wedge screens are attached to the pipe for most of the boom but are replaced by a heavy rubber curtain as the boom approaches the shore. The wedge wire meets National Marine Fisheries Service fish screening requirements, and it is durable, which should give us many years of service.

Hydro Leader: What is the timeline for installation?

Lori Brady: This project started in the last week of February, and weather permitting, will be completed by the last week of March. Work on the overshot gate is limited to lower river flows.

Hydro Leader: How is the system being paid for?

Lori Brady: This project has several funding sources. The first funding source was the Washington State Recreation and Conservation Office. The second funding source was the Washington State Department of Ecology. Reclamation is a partner, providing in-kind work along with the Sunnyside Division Board of Control, for which SVID is the operating agency. This project has also benefited from other partnerships, too numerous to mention, with people who have advocated for this project and cleared a path for its advancement.

Hydro Leader: What results is the fish guidance system expected to have?

Lori Brady: This pilot project is expected to reduce the entrainment of smolts into the Sunnyside Canal, which will increase the number of smolts surviving this portion of their downstream migration.

Hydro Leader: Do you have any advice for other dam owners and operators who are considering installing a similar system?

Lori Brady: The key is partnerships. Most projects have to overcome a series of roadblocks and can take years to achieve. The community of agencies worked for one common goal: to improve salmon and steelhead smolt survival. Whether you come from an irrigation perspective or a fish perspective, the goal was the same, and all the agencies worked in unison. This Sunnyside Dam Fish Passage Improvement Project would not have happened if it were not for the partnerships in the Yakima River basin.

Lori Brady is the general manager of the Sunnyside Valley Irrigation District in Sunnyside, Washington. She can be reached at bradyl@svid.org. 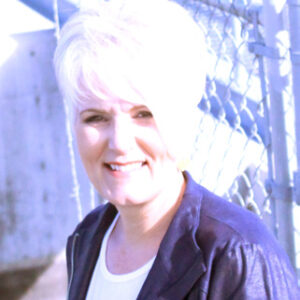