The U.S. Department of Energy’s Water Power Technologies Office is funding the National Renewable Energy Laboratory (NREL) to create models for pumped hydro storage, an important tool for creating stability on the power grid. The models will enable researchers and policymakers to compare pumped hydro feasibility and cost with other energy storage technologies. Hydro Leader spoke with Stuart Cohen, a senior energy analyst at NREL, about his site and cost models, which will soon be plugged into the lab’s other energy models.

Hydro Leader: Please tell us about your background and what you do at NREL.

Stuart Cohen: I have been at NREL for about 10 years. My background is in mechanical engineering, but I focus on a broad range of energy systems analysis. My work is largely focused on optimization modeling of the electricity grid, primarily on the planning side, although I have also worked on operations modeling. Hydropower is one major focus, but I have also worked on things like the effects of climate change on the electricity system, energy economy interactions, and carbon policy analysis. I started working on hydropower right when I got here, running our Regional Energy Deployment System electric sector capacity expansion model for the U.S. Department of Energy Hydropower Vision study. I’ve been involved in hydropower-related projects to some extent ever since.

Hydro Leader: Please tell us about NREL’s work on pumped storage hydropower. How do you view the importance of that technology?

Stuart Cohen: At NREL, we’re in the business of doing objective analysis to understand a sustainable energy future, and so we consider all technologies and think about everything that’s on the table. We’re well known for our research on wind and solar, but hydropower and pumped storage hydropower can play a role, particularly in being a more flexible, dispatchable technology that can help integrate variable renewable energy. We do a lot of research on batteries, but we also recognize that pumped hydro is an established technology that has the potential to store energy for longer durations. We’re interested in exploring that; it’s another piece of the puzzle for a sustainable energy future.

My work is focused on developing and integrating improved data on pumped storage hydropower resources and cost. I integrate those data into our energy models so that we can see how pumped storage competes with other technologies in our least-cost optimization analysis tools. We need to understand how it fits as we look into the future and think about how the grid could operate.

Hydro Leader: One of the projects you’re leading involves site identification for closed-loop pumped storage. Is that something you were working on before the recent study by the Australian National University (ANU), or was it inspired by that study?

Stuart Cohen: My original motivation for seeking funding to do this detailed pumped storage resource assessment comes from my work on the Hydropower Vision study. There was some discussion in that report of what pumped storage deployment could look like, but unfortunately, we had relatively poor data at the time for available pumped hydro resources; we just used Federal Energy Regulatory Commission applications to see where other people thought they could build sites and called that our resource base. As an analyst, I found that unsatisfying because there were a lot of inherent data inconsistencies and a lack of spatial coverage, so I started proposing a national resource assessment for pumped storage hydropower.

This project was built off the algorithms ANU used to do the global pumped hydro energy resource assessment. The researchers at ANU were helpful: They provided us with their code and helped us understand their algorithms and how to adapt them for the United States. We spent the last few years adapting those algorithms and doing a U.S.-focused pumped hydro storage resource assessment, specifically for closed-loop systems. We’ve integrated more detail on the types of environmental and political exclusions that are specific to the United States, using our standard set of geospatial filters and methods of identifying reservoir locations. We are publishing this as a resource for policymakers, utilities, developers, and nongovernmental organizations.

Hydro Leader: Did any of the results surprise you?

Stuart Cohen: I wasn’t that surprised at the number of potential pumped hydro sites that we ultimately found: more than 10,000 sites in the continental United States, Alaska, Hawaii, and Puerto Rico. It makes sense that the more mountainous regions—the Rockies, the Appalachians, and the Ozarks, for instance—have lots of potential sites. At face value, 10,000 seems like a huge number, but this only represents technical and not economic deployment potential. Many of these sites are ultimately not going to be feasible for a variety of reasons, but a company can use this model to compare sites and assess which ones might cost the least. One of the reasons we focus on closed-loop systems is that we’re probably not going to build a lot of new dams for open-loop pumped hydropower systems in the United States for environmental reasons, but we are already thinking about lower-hanging fruit, such as using existing reservoirs.

Hydro Leader: You talked about initial cost modeling. Does that mostly involve looking at the potential cost of building a dam?

Stuart Cohen: Our initial cost modeling uses a calibrated form of the ANU cost model, which is just a spreadsheet model that includes cost functions based on things like dam head height, dam volume, and the distance between reservoirs. We’re working to build a more detailed cost model, but our initial data are based on ANU’s criteria— reservoir volume, dam volume, head height, the distance between reservoirs—plus the cost of things like the penstock and powerhouse for an assumed storage duration.

Hydro Leader: Who is your main audience for this study, and how do you plan to share your findings?

Stuart Cohen: We have already talked to several stakeholders in the electricity sector. Users of the data include utilities that are considering energy storage as an important part of their future portfolio, developers, and even equipment manufacturers interested in places they might consider exploring for pumped hydro. We’d also like to reach policymakers who are interested in energy storage and the potential of adding flexibility to the electricity system. Researchers and academics will want to explore the results as well. I think it’s important for a wide range of parties to look at the data and think about what makes sense. Their feedback will help make our data better. We’re already talking to folks and looking at some of the current proposals for new pumped storage, comparing the findings of our algorithm to the sites that are being proposed. At Xcel’s Unaweep site in Colorado, for example, we find reservoirs in the same general vicinity, and it is pretty encouraging to me to see that validation.

Stuart Cohen: Yes. When we use the pumped hydro data in our electric sector models, pumped storage hydropower is competing directly with other energy storage technologies. I think it’s hard to compete with batteries for shorter-duration storage, which is why we’re interested in exploring longer-duration options with pumped hydro. A key NREL product that will use the pumped hydro data is the Annual Technology Baseline (ATB), which is a dataset of technology costs and performance information for things like wind, solar, and geothermal. We’ve now expanded it to include energy storage technologies, and when the 2022 version is released, it will include the information from this pumped storage resource assessment. Accompanying the ATB, we do an annual standard scenarios report that compares different visions of the future for the electricity sector under a broad range of energy costs, policies, and fossil fuel costs. Having these updated data is an important step in seeing how pumped hydro competes against batteries and other technologies. It allows researchers and policymakers to think about which future they’re most interested in. It’s not our role to say that any one solution is better or more probable than the others. We’re putting the information out there to inform better decisions.

Stuart Cohen is a senior energy analyst at the National Renewable Energy Laboratory. He can be contacted at stuart.cohen@nrel.gov. 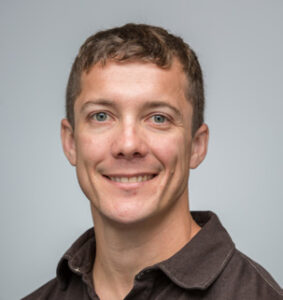