In July, Representatives Annie Kuster and Don Young introduced the bipartisan Twenty-First Century Dams Act in the U.S. House of Representatives, with a companion bill introduced in the United States Senate by Senator Dianne Feinstein. The bill would promote safety, increase green energy generation, and protect the environment by investing over $25 billion in upgrading the nation’s federal dams and improving the safety of nonpowered nonfederal dams while also creating a new hydropower tax credit to promote needed dam upgrades. In this interview, Representative Annie Kuster tells us about the goals of the act, why it has bipartisan and industry support, and the role hydropower can play in the clean energy grid of the future.

Representative Annie Kuster: My interest in energy and environmental issues stems from my time at Dartmouth College, when I developed my own environmental policy studies special major, studying with Professor Donella Meadows, author of the renowned book Limits to Growth. After college, I worked for environmental leader Representative Pete McCloskey of California on Capitol Hill before attending law school at Georgetown University. Upon graduation from law school, I moved back to New Hampshire and practiced law in Concord for 25 years before running for Congress.

Hydro Leader: What role do dams and hydropower facilities play in your home district?

Representative Annie Kuster: Hydropower plays an important role in New Hampshire and the broader New England region as a major source of renewable energy and a critical backup for the energy grid. Hydropower makes up 6 percent of New Hampshire’s total energy generation and a little less than half of our renewable portfolio.

Some of these facilities are particularly important to the broader New England grid because of their black start and rapid dispatch capabilities. In extreme weather events, New England counts on hydropower to back up the grid, keep our lights on, and prevent cold weather events from turning into a crisis.

Hydro Leader: Please tell us about the Twenty-First Century Dams Act. What are the main needs that it addresses?

Representative Annie Kuster: The United States has more than 90,000 dams, only a fraction of which (roughly 2,500) are equipped to generate hydropower. Some of our dams have safety issues that need to be resolved, and more than 6,000 are considered high-hazard dams with poor or unknown safety ratings. Some of the dams need to be repaired to improve their power output or could be retrofitted to generate electricity. Other dams have outlived their useful purpose and should be removed because their continued existence undermines the well-being of important river ecosystems.

The Twenty-First Century Dams Act is a historic effort to rehabilitate, retrofit, or remove the nation’s dams, as appropriate, addressing all three of these concerns. We call these the three Rs. My bill provides funding to improve dam safety by repairing dams, to increase clean energy production by retrofitting hydropower dams, and to enhance the health of our nation’s rivers by removing dams that have outlived their useful purpose.

Hydro Leader: What sorts of investments are part of the act?

Hydro Leader: Please tell us about the environmental aspects of the act.

Representative Annie Kuster: The Twenty-First Century Dams Act makes an important $7.5 billion investment in removing dams that have outlived their useful purpose. The United States has more than 90,000 dams, many of which have outlived their useful purpose. New Hampshire, for example, has more than 2,500 dams across the state.

By investing in removing dams that have outlived their useful purpose, we can improve the health of our nation’s river ecosystems by returning aquatic environments to their natural state and enhancing opportunities for recreation, including swimming, canoeing, and kayaking.

The bill provides important guardrails to make sure that no dam is removed without the consent of the dam owner, and the legislation prohibits any funding for the removal of powered federal dams.

Hydro Leader: How did the provisions of the act emerge from the discussions and negotiations of Stanford University’s Uncommon Dialogue?

Representative Annie Kuster: I worked closely with my friend from Dartmouth, Dan Reicher, and the participants in Stanford University’s Uncommon Dialogue to craft this legislation. This bill is a direct byproduct of their efforts to find common ground between the river conservation and hydropower communities about how we can preserve and increase hydropower energy resources to help the country meet its clean energy goals while improving the health of our nation’s rivers to create healthier waterway ecosystems.

Hydro Leader: What economic effect would the act have?

Representative Annie Kuster: The rehabilitation, retrofit, and removal provisions of the bill are estimated to support more than 450,000 jobs. Importantly, the legislation is an investment in protecting against catastrophic dam failures by repairing our nation’s more than 6,000 high-hazard dams.

One catastrophic dam failure could have serious financial repercussions for the communities downstream, and this legislation aims to protect against that. It’s also an investment in healthy, free-flowing rivers that are more resilient in extreme weather events and can mitigate the risk of destructive flooding events.

Finally, it’s a down payment on ensuring we preserve hydropower as a low-cost, clean energy resource that can help us better integrate other renewable resources into our electric grid. The economic benefits of inexpensive, reliable energy should not be discounted.

Hydro Leader: How did the bill gain bipartisan support and the support of many industry and environmental groups?

Representative Annie Kuster: I think it was the robust support from industry and environmental groups that helped make this legislation bipartisan. This is a truly unique moment in which we have groups that have historically been diametrically opposed to hydropower stepping forward and saying it needs to be part of our clean energy future. At the same time, you have the hydropower industry saying that it recognizes that some of our nation’s 90,000 dams should be removed. It’s a truly historic moment, and I think we need to help lawmakers on both sides of the aisle recognize this tremendous opportunity to transform a critical component of America’s infrastructure.

Hydro Leader: What are the current prospects for H.R. 4375, and what are the next steps you will take to move it forward?

Representative Annie Kuster: With robust support across all the relevant committees of jurisdiction, I am optimistic we can find a path forward for the Twenty-First Century Dams Act. I am going to continue talking with my colleagues about this legislation to ensure that they recognize what a unique opportunity it represents to improve dam safety, increase clean energy output, and enhance the health of river ecosystems.

Hydro Leader: What role do you see hydropower having in the grid of the future?

Representative Annie Kuster: Hydropower has an essential role to play in our future power grid. As I referenced earlier, as we move from a grid where power is primarily generated by centralized carbon-based sources of energy with predictable power output toward a variable renewable energy grid, hydropower can help back up other clean energy resources to ensure reliable electricity output. The fact that hydropower can accomplish this without any carbon emissions is essential to helping the country meet net zero carbon emissions by 2050. 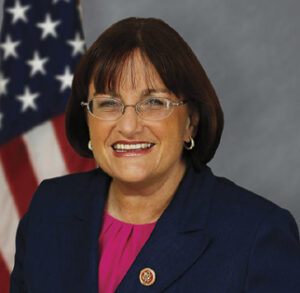