Czech Republic–based Mavel has designed and manufactured turbines and related equipment for hydroelectric power projects around the world, both large and small, but its origins lie in the development of low-head projects, which remain a specialty. In a recent project in Tass, Hungary, Mavel developed a power generation and flood-control facility on a channel of the Danube River that can run water forward or, when needed, pump it backward. In this interview, Mavel Cofounder and Co-owner Jan Šíp tells us more about the project and how it might provide a model for similar projects in North America.

Jan Šíp: After my studies in the faculty of civil engineering at the Czech Technical University (CTU) in Prague, where I earned my master’s degree, I joined the state-owned company METAZ and started working in the design department. I was responsible for the design and statics of steel and concrete structures. The energy crisis in the former Soviet Union countries was at its peak at the time. The government implemented a program under which each company had to spend at least 1 percent of its turnover to help find a solution for the crisis. The top management of METAZ decided to establish a new microturbine department under the internal research and development (R&D) program, and I became one of its heads, responsible for the development and design of microturbines. To improve my knowledge and professional qualifications, I pursued PhD studies at CTU, where I met Professor Cihak, who surrounded himself with enthusiastic students interested in hydro machines. Our cooperation led to the establishment of Mavel as a private entity just after the Velvet Revolution in 1990, so I am one of the company’s cofounders. Since then, I have been one of the co-owners of the company and have been responsible for R&D and the manufacturing of our products.

Hydro Leader: Please briefly introduce Mavel as a company and give us a sense of the scale of its operations in Europe and the world.

Jan Šíp: Mavel was established in 1990 as a design-manufacturing company producing mainly low-head turbines and targeting the market within 1,000 kilometers (621 miles) of its headquarters in Benešov, Czech Republic. We have continued the tradition of Czech hydro engineering, which was practically discontinued after World War II because of the transition to a centrally planned economy and the shift to coal-fired power. Thus, in 1990, we took a chance on the niche in the market and offered equipment for low-head projects. Gradually, as our company expanded, we needed more financial resources to finance the company’s growth. In 1995, we met U.S. strategic investors who joined Mavel and are still part of the company. The combination of Czech technological know-how and U.S. investment and knowledge of the market economy allowed Mavel to gradually grow from a local supplier to a leading global partner in the hydro business, producing turbines ranging in power from 5 kilowatts (kW) to 30 megawatts (MW). So far, we have manufactured 550 turbines with an installed power of 650 MW and supplied them to 46 countries on 5 continents. We were able to achieve these results due in part to the acquisition of CKD Turbotechnics, a part of the globally renowned company Českomoravská Kolben-Daněk, or CKD. This contributed to the expansion of our know-how and our cumulative experience in the design, production, assembly, and commissioning of hydro technology.

Hydro Leader: Please give us some information about Mavel’s experience working with low-head projects.

Jan Šíp: Low-head turbines did not historically allow for high returns on investment, as they required very specific and customized solutions. In other words, it was impossible to take a simple approach similar to the rapid production of large machines. Knowing that, Mavel was able to help its customers to find a way to make low-head projects more economically feasible and cost effective. Because of its vast experience in the hydro industry and its broad portfolio of products and customized technological solutions, Mavel is able to meet customers’ requirements not only on new projects but also on rehabilitations. Mavel technology has come to be valued and sought after for its high quality, reliable operations, and long lifespan, which are all results of the combination of our knowledge, experience, enthusiasm, flexibility, R&D work, and consistent vision.

Hydro Leader: What was the major challenge in constructing the Tass, Hungary, facility?

Jan Šíp: The requirement of the owner of the project was to optimize the existing branch alongside the Danube River for groundwater regulation and protection against local flooding. We had to design turbines that could operate at a very low head and that could essentially operate as a pumped storage plant—that is, in turbine mode as well as in reversible pump mode. Besides that, the customer requested that the turbines be able to operate in what is called energy-free mode—in other words, allowing water drainage without energy production.

Hydro Leader: What is the head at this dam?

Jan Šíp: The head varies from 3 to 10 meters (9.8–32.8 feet) in both directions—in turbine mode and in reversible pump mode.

Hydro Leader: Why were custom-built turbines required for the Tass project? How did Mavel go about designing and building them?

Jan Šíp: The idea of water regulation in a channel has existed for 60 years, but no one had really developed an effective project of this type because of the absence of a technical design. Mavel was able to offer a technical solution that met all the owner’s and engineer’s requirements. Once the offer and our design concept were accepted, we started working on the design of the turbines and the other equipment and presented a model of the technical solution, which was then approved. The entire design and production process took approximately 18 months.

Hydro Leader: What results have the owners and operators of the Tass project seen from the new turbines? How much power does the facility generate?

Hydro Leader: Does the Tass project provide a model for other low-head projects?

Jan Šíp: Yes. This model can be applied on middle- and low-head rivers in flood areas as well as on irrigation channels.

Jan Šíp: After 39 years working in the hydro industry, I am happy to see a renaissance in small hydro. I think that the expansion of small hydro can offer a qualitative advance in hydro generation, not just a quantitative advance. Specifically, it will allow for the development of local sources of energy with no dependence on the grid. In combination with solar and wind resources, our technology can contribute to the accumulation of a large volume of energy that can be quickly and flexibly used when needed and can also help develop independent sources of energy. Hydro could be an appropriate solution for developing countries that need to make agricultural production and industrialization more effective, for remote areas that lack of access to the grid, for existing weirs with no current energy production but with the potential for it, and for the storage of power on both a small and a large scale to help match production with demand.

Mavel’s ability to provide customized and optimized solutions, using proven proprietary designs, allows the company to be part of the hydro solution, particularly for refurbishments and upgrades and for the addition of power to existing weirs. In the Americas, I see great potential in these areas to increase hydro’s share of the energy market. Mavel has built extensive experience in these two areas from its projects in Europe and other parts of the world.

Our experience has allowed us to develop optimized solutions for projects in the United States, including a 1.2 MW irrigation project in Idaho, a 60 MW refurbishment project in Georgia, and a 200 kW installation on an existing weir in Massachusetts. We hope to have the opportunity to provide a low-head pump turbine concept similar to the one we developed at Tass for a site in North America.

Jan Šíp is a cofounder and co-owner of Mavel. For more about Mavel, visit mavel.cz. 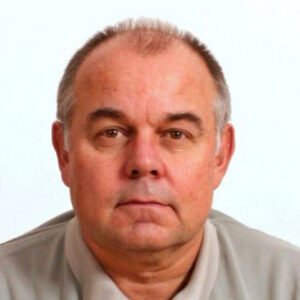