History is full of stories of innovators with groundbreaking or brilliant ideas, but in need of an initial investment to get their ideas off the ground. That is where venture capital firms like Oval Park Capital come into play. Since its founding, Oval Park Capital has focused on innovative and novel technologies that can make a difference in the world as well as turning a profit. The firm has recently begun investing in the water sector with those same goals in mind. In this interview, Oval Park Capital’s founder and managing partner, Justin Wright-Eakes, tells Hydro Leader how the company was founded, the principals and strategies it uses to find the best investment opportunities, and why the water industry is an ideal partner for investment going forward.

Hydro Leader: Tell us about your background and how you came to be in your current position.

Justin Wright-Eakes: I was born and raised in Durham, North Carolina. I started college at Davidson College and finished up at the University of North Carolina at Chapel Hill with an undergraduate degree in business administration. In 2008, I moved to New York City and started a career in investment banking. It was an interesting time to be in New York. The financial crisis was just getting underway, and there were banks failing left and right. I quickly moved over to Citi, where I worked initially in corporate banking and later in the restructuring and workout group there, trying to help the bank decide which distressed assets to hold and which to sell and for what price.

From there, I went to a distressed debt fund called Aurelius Capital. It was focused on investing in complex distressed situations across different industries, asset classes, and geographies. It was a great learning experience from a financial and legal perspective, but ultimately was not what I wanted to do with my career. My family has a background in social activism and grassroots efforts to help those who are less fortunate. While I was a little too stubborn growing up to follow directly in my family’s footsteps, I found my own path and found ways to give back from the top down instead of the bottom up.

I left New York City in late 2015 and moved back to Raleigh, which was close to home but not too close. I gradually increased my focus on the startup ecosystem, making small angel investments in early-stage technology companies and doing some advisory work focused on growth and fundraising strategy.

Toward the end of 2019, after operating as a fundless sponsor for almost 2 years, I made the decision to raise a committed venture capital fund. The committed fund would enable us to move more quickly on good investment opportunities and provide more discretion and control over the investment selection process. We saw, and still see, a huge opportunity to invest in deeper technology companies in underserved markets. We stay away from most consumer-focused startups, and we won’t chase the latest fads. We’re focused on companies that have novel, disruptive technologies underpinned by real inventions in science and engineering; that are focused on solving critical problems in large global industries; and that have the potential to provide sustainable long-term value to their customers.

We invest in industries that generally fall into two different categories. First are the industries in which inefficiency is driven by regulation, like healthcare and finance. Then we have the industries that are inefficient simply because they haven’t been the target of as much investment and technological innovation over the past few decades. These include industries like construction; industrials; agriculture; and to some extent, clean water and energy. We believe that focusing our investments on areas like these will provide strong financial returns but also generate positive externalities, help solve critical issues facing humanity, and improve global quality of life.

Hydro Leader: In 2018, you created Oval Park Capital. Would you tell us about how your mission pertains to water?

Justin Wright-Eakes: Water is a really interesting area for us, because there’s a huge amount of waste and inefficiency, but current technologies are not adequate to filter and provide clean water to recirculate with different applications. It’s a scarce resource that needs to be replenished through the use of novel technologies. We think there’s a tremendous financial upside, which is obviously important for an investment fund, but beyond that it is a huge area through which we can improve the quality of human life and solve critical problems for a wide range of market participants. We’re just dipping our toes into the water space, but it’s one that we’re critically focused on, in addition to clean energy. Of our first six fund investments, two are water related, and we want to continue to build brand awareness of Oval Park as a funding source for novel, up-and-coming water technology companies. Even beyond making investments in water technologies, we want to help drive awareness and to drive other capital to the industry.

Hydro Leader: What are the two water-related investments you’ve made so far, and what drove you to invest in them?

Justin Wright-Eakes: The first is a company called Emrgy, based in Atlanta, Georgia. It has taken a clever approach to hydroelectric power generation, installing prefabricated, SUV-sized turbines in existing water infrastructure like irrigation canals instead of going after rivers and streams, which can have a multiyear permitting process. The team is exceptionally talented, and we’re excited to watch them build this business and enable power generation from water sources that really haven’t been focused on before. More generally, clean energy is something that is interesting to us. Hydro in particular, which is at the intersection of energy and water, has I think been overlooked recently, with fewer and fewer dams being built because of the damage they cause to the environment and wildlife.

The second is a company called Nala Systems, based in Morrisville, North Carolina. Nala has developed a novel reverse osmosis membrane based on a new material that we believe could be incredibly influential for desalination and numerous industrial applications. Membranes produced from Nala’s family of chemically resistant polymers would offer higher chemical resistance and durability than most membranes on the market today. We expect the innovators and early adopters of Nala’s products to be users of reverse osmosis systems who struggle with biofouling or aggressive chemical environments that damage their membranes and lead to higher-cost operations. Longer term, we’re excited about the potential for these membranes to reduce the operating cost of desalination facilities and improve global access to clean drinking water.

Hydro Leader: What kinds of companies do you look to invest in?

Justin Wright-Eakes: We’re primarily focused on companies at the seed stage, but we can go as early as preseed and as late as series A. For readers who are not familiar with those terms, the venture capital industry

has its own nomenclature for company stages, and the terms often mean different things in different places. Companies at the seed stage are generally companies that have a new technology, often with a pending patent application, and a couple team members, but aren’t necessarily in the market with a commercial product. If the company is prerevenue, we want it to be within a year or two of commercialization and to have a clear idea of how it is going to develop and productize that technology and then get it into the market in a pretty rapid way. In terms of the investment bite size, we’re typically investing $500,000 to $1.5 million in these early-stage companies, and we often reserve additional funds to support future growth. Our goal is for our initial check to provide the company with 12–24 months of runway to hit critical milestones. After that, the idea is for the company to go out and, with our help, raise subsequent rounds of funding at a higher valuation that is less dilutive to the company’s founders and other stakeholders.

Hydro Leader: Do you make your investments in exchange for a percent of ownership or future earnings?

Justin Wright-Eakes: We almost always get a preferred stock investment or investment into a convertible note that will become preferred stock at the next funding round. If it’s an equity stake, it typically has some additional protective provisions, including voting rights and vetoes on major corporate actions. Our goal is to be founder friendly, to be a good partner, and to do what is in the company’s best interest. Those protections exist, for example, to keep the founders from taking investor money and buying margaritas on a beach in Mexico, not to allow us to micromanage the day-to-day operations of the business. We position ourselves as business and strategy advisors, but we count on our founders to be the industry, technology, and product experts. We try to validate that expertise to the best of our ability before we make the investment, often relying on opinions from third-party industry and technology experts. Once we’re in, we truly rely on our founders to build their own business with our support and guidance. We take minority positions of 10–15 percent and occasionally up to 20 percent of the company, depending on its stage, and then we support its growth until it is well into commercialization and outgrows our funding capability.

Hydro Leader: What should our readers know about Oval Park Capital?

Justin Wright-Eakes: I think the most important thing to know is that we recognize the critical issues in water and we share their passion and philosophy for developing novel and important technologies. Whether it’s an investment fit for us or not, we’re really passionate about building the ecosystem and solving some of these big problems. We like to make introductions and provide guidance and advice, even if it’s not going to be financially beneficial for us. Our philosophy is that if we do good things for good people and expect nothing in return, it almost always pays off in the end in some way or another. We aspire to be a value-added partner that puts gas in the tank and helps point the car in the right direction, but our founders are always going to be in the driver seat.

Hydro Leader: If someone has a technology they think you may be interested in, would you welcome them making contact with you?

Justin Wright-Eakes: They can go to our website, ovalpark.com, or e-mail me directly. Any references to Hydro Leader magazine will get you to the top of the stack. We get a lot of cold inbound investment opportunities, so anything that comes from a trusted source moves it to the top of the stack for us. We’re wide open to people reaching out directly—they don’t have to come in through a personal introduction.

Hydro Leader: Once we get past the COVID‑19 pandemic, would you be willing to be a guest speaker for interested water organizations?

Justin Wright-Eakes: Absolutely, but I’m far from an expert in the water space today. We consider ourselves generalists when it comes to most industries and their technologies, so I’m not sure how valuable I would be as a speaker. Regardless, I’m certainly happy to participate and to talk about funding sources and how to drive awareness of critical issues facing water-related industries. Anything we can do to shine a light on the importance of these issues and bring more funding sources to the table, even if it creates competition for us, is a good thing for everybody. The focus is obviously increasing, but it is important to understand that positive influence and financial upside do not have to be mutually exclusive and that there are good commercial opportunities that can help solve these problems.

Justin Wright-Eakes is the founder and managing partner of Oval Park Capital. He can be reached at justin@ovalpark.com. 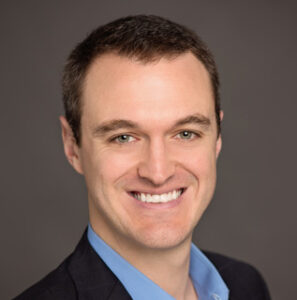