In September 2021, the Federal Emergency Management Agency (FEMA) released Dam Safety Warning Signs Best Practices, a manual that compiles leading practices from industry leaders including federal agencies and industry organizations from the United States and Canada. In this interview, Edward M. Laatsch, the director of the Safety, Planning, and Building Science Division of FEMA’s Risk Management Directorate, tells us more about the manual’s genesis and aims.

Hydro Leader: What is FEMA’s overall role in the field of dam safety?

Edward M. Laatsch: FEMA’s National Dam Safety Program (NDSP) is the overall leading federal agency for dam safety, with input from the National Dam Safety Review Board (NDSRB) and the Interagency Committee on Dam Safety (ICODS). We cover all types of dams across the nation, including hydropower, recreational, water supply, irrigation, tailings, and multipurpose dams, but the agency does not have regulatory or oversight responsibility. Some of the NDSRB and ICODS members have those responsibilities.

Edward M. Laatsch: Since its conception toward the end of the 1970s, NDSP has overseen a reduction in fatalities due to dam failures. However, fatalities due to regular dam operations or water releases have not been addressed by NDSP. There are dam warning sign guidelines available from other agencies. With approval from NDSRB, we wanted to compile the available best practices and provide a manual for the dam safety community.

Hydro Leader: How did FEMA compile the document?

Edward M. Laatsch: Dam Safety Warning Signs Best Practices is a compilation of existing leading practices from industry leaders, including the U.S. Society on Dams (USSD), the Association of State Dam Safety Officials (ASDSO), the U.S. Army Corps of Engineers, the U.S. Coast Guard, the Federal Energy Regulatory Commission (FERC), the Federal Highway Administration, the Bureau of Reclamation, the Canadian Dam Association, and the American International Standards Institute. We had a diverse review board to review and provide comments on the document.

Hydro Leader: What are the major safety risks that are addressed by the new document?

Hydro Leader: How is FEMA promoting or publicizing the new safety signage document? What results would it like to see in terms of adoption?

Edward M. Laatsch: We are partnering with the ASDSO and the USSD to promote the document and are planning to provide training with the ASDSO as well. We would like to see visible and understandable warning signs around dams when it is warranted.

Hydro Leader: Are there any sources of funding for dam owners and operators who would like to bring their existing safety signage up to the new recommended standards?

Hydro Leader: What results would FEMA like to see in terms of adoption? Is its goal uniformity in signage across the entire United States?

Edward M. Laatsch: We want the installed messages to be clearly and easily understood by a wide range of audiences and to see safe practices around dams. FEMA’s best practices manual is a reference and should be adapted to the conditions of the facility and needs of the community. Each dam owner is responsible for identifying and following the specific laws and restrictions set out by their state and local jurisdictions.

Hydro Leader: Now that the document has been released, is it being adopted by agencies such as FERC or the Army Corps? 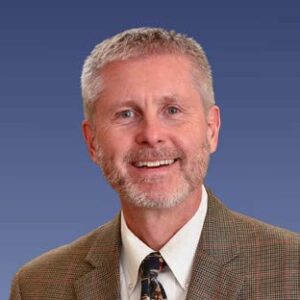 Edward M. Laatsch is the director of the Safety, Planning, and Building Science Division of the Risk Management Directorate of the Federal Emergency Management Agency. For more about FEMA, visit fema.gov.