General Electric (GE) is one of the largest corporations in the United States, with business lines ranging from power to aviation to healthcare. One of its business lines, GE Renewable Energy, is involved in a push to achieve a carbon-free grid by 2050. Some of GE Renewable Energy’s Denver-based employees have recently begun a school outreach program to educate young people about this important goal. In this interview, GE Renewable Energy Senior Sales Leader Matt Pevarnik tells us about the program he and his colleagues led at a Denver-area high school called STEM School Highlands Ranch and informs us about another outreach initiative, the Northwest Hydroelectric Association’s (NWHA) Ambassadors Program.

Matt Pevarnik: I’ve been in the power industry for 36 years. I started in the fossil business after graduating from West Virginia University with a degree in civil engineering. I moved to Colorado 20 years ago to run the Alstom Power fossil power service division. After 10 years of running this division, I joined the Alstom global power sales organization, focusing on the entire power portfolio: coal, gas, oil, hydro, wind, solar thermal, and nuclear. Then, in 2015, I joined Alstom’s North America hydro division as a senior sales leader. The same year, GE acquired Alstom Power. In my current role for GE Hydro, I focus on customer development, opportunity lead, and strategic market analysis.

Matt Pevarnik: The North America GE hydro leader encourages us to reach out and advocate in schools, and we did a program about 2 years ago at a science, technology, engineering, and mathematics (STEM) school in North Carolina. However, the Highlands Ranch opportunity developed after we canceled our 2020 Christmas party due to COVID‑19 and decided to use the money to make a donation to some charities in Denver. The office that I work out of voted to donate to the Denver Rescue Mission, a nonprofit that supports the homeless, and to the Denver-area STEM School Highlands Ranch. We called STEM School to talk about how to make a direct deposit and then talked to the director about industry outreach. We explained how GE would like to get engaged and talk about the energy transition and hydro generation. After the director agreed, our team started a series of meetings with the team at Highlands Ranch.

We spent about 5 weeks putting the curriculum together. By the end of February, we had put together a program for the 12th grade Advanced Placement environmental sciences group. We decided to focus on GE’s energy transitions initiative, which deals with how to get to a carbon-free grid. The GE hydro group and GE’s gas, hybrid, nuclear, and wind business units all put together presentations for the 6‑week course. We had a Zoom call with the students every week in which a couple of the business units presented material on their particular areas of focus to show what we do. We wanted to give the students ideas about career development. We showed them how we’re investing in the transition to a carbon-free grid. We also had student breakout sessions after the 15‑minute presentations to facilitate discussions about the subject matter.

Hydro Leader: Did these calls occur during class time, or was it an extracurricular program?

Matt Pevarnik: The Zoom calls were during class time, and cameras were on. They started at 9:45 a.m. Mountain Time every Tuesday throughout March and into April. The classes usually ended at 10:45, but sometimes would go a little longer if the class discussion continued.

Hydro Leader: How did the students demonstrate what they learned?

Matt Pevarnik: There was a question-and-answer period during each presentation. When we got into the breakout groups, we had a chance to talk with the students, and they had a chance to ask questions about the technology or the presentation. At the end of the course, the students put together a presentation based on the material that we provided them. We had initially asked them how we could get to a carbon-free grid by 2030–2050, and they created a presentation to answer the question. The whole GE team was on that Zoom meeting, and we spent about 30 minutes going through the students’ slides about what they intended to do to be part of the future grid that we’re going to all be living in. It was a well-thought-out, educated presentation.

Hydro Leader: When you were presenting to the students about hydropower, were you focusing on how hydropower facilities work or on hydropower as an energy source and how it fits into the grid?

Matt Pevarnik: Both. I wanted to educate them on the makeup of hydropower here in the United States and on where hydropower facilities are located. Kids don’t often hear about this; they look at a light switch, and that’s the extent of their thinking about electricity. We gave the students an overview of hydropower here in Colorado, which only amounts to about 1–2 gigawatts (GW). In the Northwest, there are more river systems to take advantage of, and we talked about the install base of about 90 GW that exists there and about how hydropower is the largest and oldest form of renewable energy. We brought up what we’re doing to improve the operations of our installed base and to be environmentally conscious by paying attention to the oxygen levels in the water and making fish-friendly turbines.

Another major topic was pumped storage and how it enabled the nuclear business 40–50 years ago. Today, pumped storage can enable more renewable penetration. We started the class by painting a picture of a calm, winter night in Colorado. We wanted the students to start thinking about how if it’s nighttime, we’re not getting solar power, and if it’s calm, the wind turbine farm is not operating. Where’s our electricity going to come from? It’s a big problem that we’re trying to solve in the industry.

Hydro Leader: What topics were the students particularly interested in?

Matt Pevarnik: Their interest in nuclear energy surprised me, because nuclear sometimes has a bad reputation. The students understood the issues surrounding nuclear waste. Perhaps because we led with a slide about how our electricity is going to have to come from somewhere, they asked a lot of questions about nuclear energy. Other generations might have been spooked by it, but they embraced it. Another thing that they understood was the intermittency of renewable sources like wind and solar. They also focused on batteries. It was interesting that when they talked about batteries, they talked about the waste and the mining associated with them. They really did their research for the class. The students were good at evaluating the pros and cons of different solutions.

Hydro Leader: Are there any changes you’re going to make to the curriculum based on what you learned from the first class?

Matt Pevarnik: We will be meeting with the Highlands Ranch school to talk about what worked and what didn’t. We’re not educators, so we need to rely on the teachers for advice on how to approach the students. We first started talking about this program in January 2021 and decided to start a pilot in March. Each of my colleagues that I reached out to, including people in gas, hybrids, nuclear, and wind, jumped in. I do customer presentations all the time, so I simply took the presentations I usually do and geared them toward the students. Even though we put the pilot program together quickly, for the most part, we nailed it. I was happy with the pilot program. I base that on the students’ end presentation. Another thing we will try next time is to make it a bit more interactive. We can pause the slide and ask the students questions and get them more engaged instead of doing all the talking. We might also bring up options for careers in hydro that they may be interested in. There are so many careers in the field: electrical workers, engineers, environmentalists, geologists, and mechanics.

Hydro Leader: What is the motivation for the industry to get involved in programs like this?

Matt Pevarnik: We recognize as an industry that we need to get more involved in educating students. Teachers do a great job with reading, writing, and arithmetic, but we want to be able to come in to show the students future career options and explain important topics, like the energy transition, to them. We want to show the students the challenges that the industry is facing and is trying to solve.

We take part in the program for a couple of reasons. We’re passionate about the business we’re in and about the energy transition. In addition, we want to make sure there’s a way we can help support the students and educate them on what the industry and we as a society are challenged with. If one of these students becomes a GE employee, that’s all the better for us.

Hydro Leader: Do you have plans to expand this program?

Matt Pevarnik: Yes. We would like to improve the curriculum we’ve put together and make it available for other GE business locations outside Colorado to use. We want to get the word out to other parts of the globe about what we’re doing here. We already have the material, so it’s just a matter of finding employees who can present it. When we talk to our colleagues about this, there’s a lot of enthusiasm.

Hydro Leader: Please tell us about the NWHA’s ambassador program.

Matt Pevarnik: The NWHA started a communications committee about 2 years ago. The idea was for the committee to become the local voice for advocacy for and education on hydropower in classrooms, communities, and state capitals in the Northwest. We started to develop ideas for how to get into classrooms and take advantage of all the good material that has been developed by Bonneville Power Association and the National Renewable Energy Laboratory. As part of that, we developed the ambassador program that’s going to be launched this fall. It’s been in the works for about 2 years. The ambassador program involves getting NWHA members who are passionate about hydropower and education to become ambassadors and take those materials to their students or to their children’s or grandchildren’s classrooms, becoming the industry touch point for the classroom. The students can start to understand what their parents or grandparents do and the importance of hydropower to the area. Sometimes hydropower has a negative reputation in the Northwest, so we have to make sure that children understand the importance of hydropower, why it’s an effective renewable energy source, and why it needs to be part of the future. We held our orientation program on July 29, and we’ll have a workshop in September to educate the ambassadors on the material, how to approach the students and school districts, and how to set up these programs. We hope to be able to stand up at our annual meeting in February 2022 and say that we have 10 ambassadors and have talked to over 200 students about the benefits of hydropower.

Hydro Leader: What age range are the ambassadors’ activities aimed at?

Matt Pevarnik: The materials we are using go from the kindergarten level to 12th grade. For kindergarteners, there is a six- or seven-page activity book about how hydroelectric power goes from the river to the hydro plant and then to the wires of your house. There is more sophisticated material for the middle schoolers and the high schoolers. The ambassadors can decide what age range to teach depending on the age of the children or grandchildren or other factors.

Hydro Leader: Are you going to be an ambassador?

Matt Pevarnik: I am. I’m going to try to expand my work from STEM School and do some teaching on hydropower in the Northwest. We don’t have much hydropower here in Colorado, but we’re going to look for opportunities.

Matt Pevarnik is the senior sales leader for GE Hydro at GE Renewable Energy. He can be contacted at matt.pevarnik@ge.com. 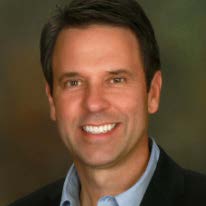