In 2015, one of the largest electric power holding companies in the United States, which has provided clean, renewable energy since 1912, began a project focusing on the protection, mitigation, and enhancement of select hydro stations and the areas surrounding them. The improvements on one particular structure, which had been operating safely and reliably for over 100 years, included measures to ensure dam safety and to provide additional passage for migratory fish, with the goal of reestablishing historical populations of American shad and blueback herring in the river upstream of the hydroelectric station.

To do this, the company planned to install a downstream passage on the spillway to allow juvenile fish to move around the dam. This passage would be created using two existing 48‑inch steel penstock headwall pipes, which were original to the facility and were inactive. However, the pipes would require either replacement or trenchless rehabilitation, as they had deteriorated from their original wall thickness and needed structural repair.

With guidance from its engineer, the electric company evaluated all potential methods based on factors such as safety, risk, schedule, impacts, cost, and constructability. After much consideration, the company decided that the best solution would be to rehabilitate the pipes using an epoxy coating system. A trenchless rehabilitation method would allow for the pipes’ structural capacity to be quickly restored without the disruption and high costs associated with open-cut pipe installation. The company selected Warren Environmental’s aquatic-safe, nonhazardous, structural epoxy system. It was the only epoxy coating on the market that could be spray-applied to a thickness of 500 mils in a single coat, providing the high build and the rapid return to service needed to maintain the critical path schedule.

Warren Environmental’s master applicator, A&W Maintenance and Coatings LLC, was chosen to apply the coating due to its previous experience using Warren’s products to structurally rehabilitate similar assets. The A&W Maintenance team prepared the steel pipe by sandblasting residue and silt until the ideal profile was created. Then, 375 mils of Warren’s 301‑14 high-performance epoxy was spray-applied to the two 23‑foot sections of 48‑inch pipe, the walls of which had deteriorated to a thickness of only 1/10 of an inch. The project took 10 days from start to final inspection, thanks to the epoxies’ single-coat capabilities and fast cure times (4–6 hours from application). The short duration of the coating process enabled other portions of the work to begin immediately and shortened the overall project schedule.

In addition to their quick cure times, the epoxies’ nonhazardous nature helped keep the project on schedule. Because the epoxy was nonhazardous (free of volatile organic compounds, solvents, styrene, and isocyanates), the A&W Maintenance team could apply the coating at the same time that other work was conducted. There was no risk to the applicators or other workers on site. The replacement of the penstock or the use of multicoat epoxy products could not have offered these advantages.

Another reason Warren’s product was selected is that it is aquatic safe. Rigorous lab testing demonstrated a 100 percent survival rate for fragile aquatic life that came into contact with the product. It also has a proven history of being used in fisheries in New England and other parts of the United States. The project team was confident that the product would have no effect on the American shad and blueback herring using the passage.

The epoxy coating system provided the structural repair needed while saving significant amounts of time and money and without negatively affecting the larger project or the surrounding area. More importantly, the nonhazardous, aquatic-safe epoxy has none of the harmful effects of more traditional solutions. It will contribute to the electric company’s goal of increasing the native fish species’ historical populations. 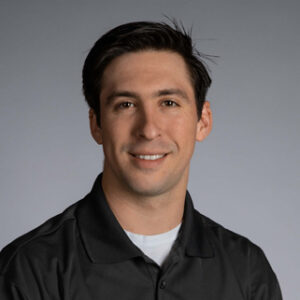