Atlanta-based Emrgy has created a unique hydropower device that can be deployed in water conveyance canals and channels to transform them into power generation assets. Arrays of its modular devices can be deployed with no modification to or construction in the canals themselves. In this interview, Emrgy’s chief technology officer (CTO), Tom Cuthbert, tells us about how the company went from developing and piloting its device to commercializing and marketing its product around the world.

Tom Cuthbert: I’m the CTO at Emrgy. I joined the Emrgy team about a year ago. Prior to that, I worked at General Electric (GE) for 15 years on topics including rail locomotives, transmission and distribution, gas, power, and solar. Toward the end, I was CTO of the battery energy-storage division at GE Renewable Energy. I built an engineering organization around a new utility-scale battery storage and hybrid energy system that integrated storage with solar; wind; and other renewables, such as gas turbines. Emrgy has a strategic partnership with GE Hydro, which is how I got connected with Emrgy founder and CEO Emily Morris. We hit it off, and I thought it was a good time to make the transition from a big company to a small startup. I was excited about what the Emrgy team had already been able to achieve. Its product was an elegant solution to a seemingly complex problem.

Hydro Leader: Please tell us about Emrgy and its products.

Tom Cuthbert: Emrgy is a distributed hydro renewable energy company based in Atlanta with team members across the country. Our product is a hydrokinetic turbine that can be deployed in manmade water infrastructure to generate electricity from moving water. We develop our systems into arrays, deploying the turbines along the length of a channel or canal. We construct scalable projects based on the resource available. The size of the turbine is based on the water resource and the channel that it is flowing through. This essentially builds a grid of electric power that can be used to power local pumps or be fed into a utility, generating sustainable, renewable energy 24/7.

Over the last couple of years, we have grown substantially, both organizationally and commercially, as we begin to deploy more product in the United States and around the world. In addition to our partnership with GE, we have strategic partnerships and distribution partnerships in place in Australia, South Africa, and Latin America, and we are driving a lot of development with a focus on the western United States.

Hydro Leader: Why might a customer opt for an array of Emrgy devices rather than a conventional hydropower facility?

Tom Cuthbert: Emrgy’s product is low impact, low cost, and high performing. We’re able to deploy our devices with no modifications or construction to the physical canal. There are no dams or penstocks being built and no structural change needed. The turbines sit in the existing channel.

Electrically, our arrays integrate into the power grid just like a solar array. It’s straightforward. We can come in at 40 volts or lower, though we generate at 480. A lot of work has gone into making our existing product cost effective. When we do our value assessment, we’re comparing ourselves to solar. That’s where we need to be competitive, and we’ve put a lot of work into how we sell and deploy our product to make sure that we’re competitive. We differ from solar in that one of the biggest values that we provide is 24/7 baseload generation, which is valuable to our customers and to electric utilities.

In terms of performance, we’ve developed this product with an understanding of how to efficiently convert moving water into hydrokinetic energy with minimal effect on the water operations. You can operate your canal, head race, or tail race as you always did, while turning your moving water into an additional revenue stream by generating electricity. In addition to the mechanical structure, Emrgy’s controls and management ensure that we’re extracting the most energy out of the waterway as efficiently as possible. How we do that at the turbine level and across a whole array of units in a canal is Emrgy’s secret sauce, if you will.

Hydro Leader: Would you tell us about how you moved from the stage of tech incubation to having a fully commercialized product?

Tom Cuthbert: In our earlier days, we ran a successful pilot project in Denver. We also did extensive lab testing in one of the larger marine and hydro performance labs in the United States. Those exercises really refined Emrgy’s technology to make sure that it was high performing and robust. We want to make sure that once the units are installed, they’re going to last for 30 years without requiring much maintenance. We made some optimizations in the product between efficiency, performance, and impact to make sure that it had minimal impact and high performance. After achieving that, we worked to integrate our supply chain so that we could deploy our product at an economical and competitive price point. That was part of the journey to commercialization. Now, we are scaling up production, orders, and our commercial reach, both domestically and internationally. Another big part of commercialization is making the solution financially accessible to our customers. For 2022, we’re very excited to offer our hosting program, in which we partner with irrigation districts to provide them a no-money-down, fully financed solution. It’s an appealing conversation to have with them, and we know it will accelerate the adoption of our solution in the market. We’ve now deployed several systems in the United States and around the world, thereby seeding the market with proof points of the technology’s capabilities and value proposition.

Hydro Leader: Where do you manufacture the turbines?

Tom Cuthbert: We manufacture them in the United States through partnerships and internationally through a partnership with GE. We have some flexibility in how we manufacture. Part of making this product cost effective and economical involved refining how we build. We have the ability to localize aspects of the manufacturing process or deploy them through partnerships. We do whatever is going to make the most sense for getting the product out there quickly and economically.

Hydro Leader: What kind of entities are your customers?

Tom Cuthbert: Our customers include consumers of electricity, including utilities, water districts, large commercial and industrial users, and others. However, our customers also include site hosts, which may include utilities or hydroelectric power operators with tail races, irrigation districts, and other canal owners.

Tom Cuthbert: It depends on the size of the project. If we make up less than 15 percent of the power authorized by an entity’s FERC license, we can add power to its existing operation without a large permit lift. We can also use the in-conduit exemption if we come in adjacent to the conduits.

Hydro Leader: What are some of your plans for the future development of your technology?

Tom Cuthbert: There are a few areas that we’re really focused on right now. One is digital. We know that our product, when deployed, generates a lot of data. It is essentially a large sensor in the canal that measures how much water is moving, how fast it’s moving, what the profile looks like, and how much power is being generated. We see opportunities there to create software and solutions that can help customers better use our systems in conjunction with their other operations. We want to see how our systems can help them operate their canal better while also optimizing energy production.

We are able to remotely monitor and collect data from all the systems we deploy, but we’re developing solutions around more advanced analytics and software. We see big opportunities to create even more value. Having a product that can monitor remotely provides more benefits around troubleshooting and maintenance, making the product more robust, reliable, and economical. We see future opportunities to use this additional information to forecast clients’ water performance so that they can be better prepared to manage it. That also feeds a bit into managing our larger production models, which is something we’re developing now.

On the software side, we are also looking at more advanced controls to build a more homogenized, hybridized system. Instead of just generating hydropower, it would create a more complete system that incorporates other assets, such as solar or micro grids.

On the hardware side, we are currently executing a program for which we received a large grant from the Advanced Research Projects Agency–Energy, which has to do with developing what we’ll call our next-generation hydrokinetic systems. We are looking at bringing more flexibility to how our systems operate across a range of water characteristics. We want to create a product that can more dynamically drive efficiency, increase capacity, increase the amount of energy generated, and drive down the levelized cost of energy as flow increases or decreases and water levels change.

Tom Cuthbert: Simply put, we want deploying our systems to be as simple and straightforward as installing a solar array. We’re trying to take hydropower from the idea of big project construction and long development permitting to something that can be put in the field and be operational in a short time. We are able to do that because we stand on the shoulders of what the solar industry has done over the last decade in its technology and business models. We are bringing hydropower into the arena of distributed renewable energy.

Hydro Leader: What is your vision for the future of Emrgy?

Tom Cuthbert: The future for Emrgy is really about scale. We have the technology, we have the product, we now have the financing solution, and we have the capability to do the things we set out to do. Most of our focus right now is on scaling the business commercially through direct sales; the deployment of our systems; project development; and partnerships, which we continue to cultivate and grow. We can bring value to rural communities by deploying additional revenue streams. We can bring value to canal operators by improving their economics, either through net metering the energy directly, offsetting their own consumption with it, or coming into it as a partner for a project that we’re developing through our new hosting program. Ultimately, the big focus is producing low-cost, sustainable, clean energy.

Tom Cuthbert is the chief technical officer of Emrgy. He can be contacted at tom@emrgy.com. 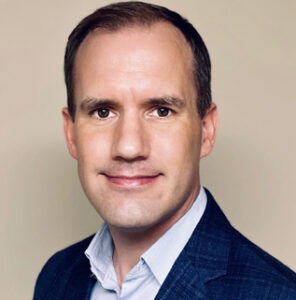