Canyon Hydro is a U.S. designer and manufacturer of custom hydro turbines, including micro hydro installations that can aid rural, off-grid communities or power remote buildings. In this interview, Brett Bauer, Canyon Hydro’s vice president of engineering, tells us about the company’s services, including manufacturing new turbines, refurbishing old ones, and aiding municipalities to recover energy from existing water systems.

Brett Bauer: I studied mechanical engineering at the University of Washington. Working at Canyon Hydro was my first real job after graduating from college in 1994. I wasn’t aware of the industry growing up, but when I moved to this town, I really needed a job. Canyon Hydro gave me a chance, and I’m still here. It’s been a great fit.

Hydro Leader: Please tell us about Canyon Hydro as a company.

Brett Bauer: Canyon is a small, family-owned company that started in 1976 in a small town outside Bellingham, Washington. We started manufacturing Pelton turbines first, in the late 1970s, and then started building Francis turbines in the 1990s. Pelton and Francis turbines have been most of our business since then. In 2017, we purchased a small company from the Seattle area called SoarTech, which had designed an in-line turbine (ILT) for replacing pressure-reducing valves. We’ve been manufacturing those here since 2017. Then, in 2019, we purchased James Leffel and Company of Springfield, Ohio, which had been building turbines since 1862. We’re carrying on that legacy by manufacturing and servicing Leffel turbines as well as manufacturing and servicing our own turbines.

We are still based in the Bellingham area. We have 40–50 employees. Most of them work in our engineering and manufacturing departments and stay in our machine shop here. We send people on the road as necessary during overhaul efforts. We’ve manufactured Pelton turbines up to 27 megawatts (MW), and we’ve had the chance to overhaul and refurbish machines from multiple manufacturers up to about 65 MW.

Hydro Leader: Where around the country and the world are you active today?

Brett Bauer: We are primarily active in the Americas and the UK. The bulk of our business is in the western United States. We’ve installed a few machines in Honduras and Costa Rica and a couple as far south as Chile and Peru. We have an office in Chile, where we had a customer build a couple of machines in the 1 MW range. He handled the sales increase in that region for us. We were also able to build 30–40 machines for projects in the UK throughout its recent small hydro boom, which occurred over the last 10–15 years.

Hydro Leader: Who are your customers?

Brett Bauer: We have a wide range of customers. We manufacture units from 10–20 kilowatts (kW) on the low end up to around 25 MW on the high end, and across that range alone there are quite a few different types of customers. The small projects tend to be for remote villages or remote lodges where there is no utility available. Some are for private landowners. We’re also using small hydro systems to replace diesel generation in remote communities that are not connected to the grid, many in Alaska. Some of our favorite projects are the ones where we get to turn off diesel generation and put a town on hydropower instead. Larger standalone systems range up to around 500–1,000 kW.

We also have larger customers like Colorado Spring Utilities, Portland General Electric, or Southern California Edison, some of which have a mandate to continue developing small projects. We have done some projects in the 1–25 MW range, which tend to be for either a utility or a private developer that has permitted the project and will then sell power commercially to the local utility company.

Hydro Leader: What does the term micro hydro generally refer to?

Brett Bauer: For us, micro hydro refers to the 5–100 kW range. We probably have 20–30 systems of that size in little villages in the Dominican Republic that previously didn’t have electricity. Previously, everybody was burning kerosene lamps. Through provisions from local charities and nongovernmental organizations, we have been able to put in small turbine generator control systems to give everybody in the village an outlet or to power communal hot water systems, the latter of which is a common use for a micro hydro system. A micro hydro system could also be installed by somebody who has a remote house without a power source or who doesn’t want to pay the utility company for power. An example of that might be a fishing lodge that needs 50 kW to carry on without diesel.

Hydro Leader: How much would the owner of one of those buildings be looking at paying for a micro hydro system?

Brett Bauer: The hydro system itself—the turbine generator control package—might cost $50,000–100,000. The larger costs tend to come from the diversion from the creek and the installation of a penstock.

Hydro Leader: What percentage of your projects involve designing and building new systems from scratch?

Brett Bauer: It fluctuates, but probably about 70 percent of our work consists in designing and building new systems. The timeline to completion probably averages 5–7 years from the first contact with somebody who’s considering a project. They may come to us and say that they have a site with around 500 feet of head and 10 cubic feet per second (cfs) of water and ask what a hydro facility there would cost. We work with them to develop a budget estimate, and then they go through several iterations of route considerations and utility interface requirements. The project scope tends to get refined over several years: More specific measurements are developed—483 feet of net head and 11.5 cfs, for example—and on that basis, they ask what type of turbine we recommend. We put together a turbine package that suits the resource, generator, and control system.

Hydro Leader: How can building a custom-designed system lead to higher efficiency?

Brett Bauer: The two numbers that drive turbine design are net head and flow rate. Since every stream or creek has slightly different characteristics, it’s pretty rare to find two sites that have exactly the same net head and flow rate. Turbines need to be designed specifically for those factors, and by custom-designing them, we can optimize their efficiency and the energy they generate.

Brett Bauer: Hydro projects, when they’re built right, are long lasting. We’ve recently worked on projects that were built back in 1906. Turbines generated some of the first power in the West. We’ve been working for the last 5–10 years on a project in Seattle that was first installed in 1895, gradually bringing it up to standard by doing things like putting new runners in. It is a real treat for us to get to crawl in an old powerhouse that was designed and built without all the advantages we have now. It is impressive to see these projects cranking along and producing power after more than 100 years. We do quite a bit of work on Leffel machines. There are a lot of low-head projects in the Midwest and on the East Coast from the early 20th century that are still working but need new parts every once in a while.

Brett Bauer: Many towns have gravity-fed water supply systems that convey water from a lake or a spring up in the hills. Typically, excess pressure is created along the way. In those cases, we can put in a turbine to use that pressure and either drop it down to what the town needs for distribution or exhaust the pressure into a reservoir to be treated for use as potable water. Those projects tend to be relatively low output, but I think that in the future, as energy prices climb, there will be more motivation to look at places where you don’t have to do quite as much infrastructure work to put a turbine in. Municipal systems installed pressure-reducing valves that knocked the head down for distribution 50 years ago, and nobody thought it would be worthwhile to try to recover 50–200 kW from the pressure-reducing valve. The benefits of doing that are becoming increasingly evident. Canyon’s ILTs are designed to fit cost effectively into the space occupied by those valves and recover the energy that was previously lost.

Hydro Leader: What are your company’s other top issues today?

Brett Bauer: My concern is that as we look at meeting our national renewable energy goals, hydro tends to get left out of the discussion. The discussion is focused on wind and solar. We are concerned that we aren’t doing enough to keep hydro in the renewable category. There are some folks who are making great effort at that—the Northwest Hydroelectric Association is doing a good job of trying to keep hydro in the mix and in the public consciousness as a good source for clean energy. I think we can do more.

Brett Bauer: When we look back at the high-quality hydro projects that were built 100 years ago, we can see how they helped develop our towns. They’re still a critical part of our infrastructure, and I’m encouraged to keep building quality systems that will benefit future generations.

Brett Bauer is the vice president of engineering at Canyon Hydro. He can be contacted at brett.bauer@canyonhydro.com. 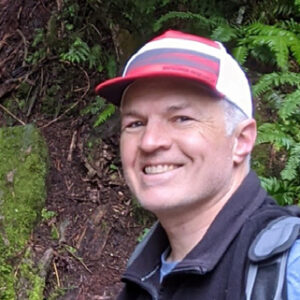