Hydro-Québec is the publicly owned hydropower company that provides 99 percent of the electricity in the province of Québec. The province’s long history of hydropower, coupled with the policies that were put into place after the Saguenay Flood of 1996, have resulted in Hydro‑Québec’s excellent dam safety program. In this interview, Hydro-Québec Director of Dams and Infrastructure Expertise Annick Bigras tells Hydro Leader about her organization and its commitment to dam safety.

Annick Bigras: I have a bachelor’s degree in civil engineering and a master’s degree in geotechnics, which I earned in a collaboration with Hydro-Québec. Afterward, I began working on a Hydro-Québec construction site, where a 171‑meter rockfill dam was being built. I’ve been with Hydro-Québec for 24 years. I worked in the company’s design and construction division for 13 years before moving to the power generation division in 2010. I was in charge of the dams expertise department and managed a group of 40 engineers in hydrology, hydraulics, geotechnics, and structural analysis. Last year, I became the director of dams and infrastructure expertise.

Hydro Leader: Is all your infrastructure located in the province of Québec?

Annick Bigras: Yes. We operate only in Québec. We buy some electricity from Churchill Falls Generating Station, but most of our generation occurs in Québec.

Hydro Leader: Does the fact that Hydro-Québec resulted from the nationalization of hydropower imply that your company is the only hydroelectric company in the province?

Annick Bigras: No, there are other small producers, but we are the only one that sells to consumers. We also buy power from small utilities when they have more electricity than they need.

Hydro Leader: Please tell us about the importance of dam safety for your company.

Annick Bigras: The Saguenay Flood of 1996, which occurred in Québec, was a 1‑in-10,000‑year event. Hydro- Québec didn’t suffer any dam failures, but other owners did. After the Saguenay Flood, a government study group made improvements to Québec’s Dam Safety Act. There’s a big difference between the regulation of dam safety in Québec and in the rest of Canada. The province has had dam safety legislation for many years, and Hydro-Québec’s dam safety program was already in place before the Dam Safety Act came into effect.

Hydro-Québec has extensive experience in building dams as well as solid experience in their operation and maintenance. The elaborate requirements of our dam safety program cover the inspection and maintenance of dams and all instrumentation used for monitoring them. When a problem occurs, there are multiple measures to ensure safety. We have more than 100 engineers dedicated to dam safety and about 100 technicians who inspect our dams.

Annick Bigras: The big difference stems from the fact that we experienced an event like the Saguenay Flood and adjusted our dam safety protocols accordingly. The Saguenay Flood influenced dam safety policies in Québec. You learn a lot from such an event, and afterward, you enact policies to ensure people’s safety. Also, we have been building dams for a long time in this province and have several hundred large dams. This background helps explain where we are today.

Hydro Leader: What role does maintenance and inspection play in your dam safety program?

Annick Bigras: We have carefully planned maintenance and inspection timelines. Concrete dams have an average lifespan of 70 years, and earth-filled dams can last more than 100 years—very long lifespans. We work throughout the entire lifespans of our structures to ensure they are safe and last the number of years they were built for.

Hydro Leader: When a particular structure reaches the end of its design life, do you rebuild it or rehabilitate it?

Annick Bigras: We do a lot of rehabilitation work. We rarely deconstruct to reconstruct because our structures are well maintained. Every dam is carefully analyzed on an individual basis. We consider its various uses—hydropower, recreation, etc.—during rehabilitation to ensure our dams stay safe for everyone.

Given that many of our dams were built 70–100 years ago, we have several rehabilitation projects planned in the coming years.

Hydro Leader: Do Hydro-Québec and the province of Québec also get ideas from other Canadian provinces?

Annick Bigras: Hydro-Québec has long been committed to collaborating with other provinces on innovation. We conduct research on dam safety, and we’re also active in several organizations, including the Canadian Dam Association (CDA), the International Commission on Large Dams, and the Centre for Energy Advancement through Technological Innovation (CEATI). We have a long tradition of involvement in different scientific committees. We are always looking at what others are doing elsewhere and learning from that, but we also produce several technical publications so we can share our work.

Annick Bigras: CEATI is an organization whose members are utilities from around the world, including from North America, Europe, Australia, and New Zealand. It’s divided into a number of interest groups. I’m actually the cochair of the dam safety interest group, which is made up of 70 utilities. CEATI is a user-driven organization committed to providing technology solutions to its electrical utility participants. By sharing and developing practical and applicable knowledge, members collaborate and act jointly to advance the industry.

Hydro Leader: What is the public perception of hydropower in Québec and in Canada generally?

Annick Bigras: We’re really proud of our hydroelectricity. More than 99 percent of the electricity produced in Québec is renewable, because it comes from hydropower. The positive perception of hydropower in Québec dates back to the James Bay Project of the 1970s, which was a major undertaking in mid-northern Québec that provided significant economic benefits for the province. Many of our grandparents were involved in the construction of these huge projects. James Bay also brought us closer to the First Nations, and our relationship has improved significantly since then. When we develop a

new project in Québec, environmental concerns are addressed first. We are in constant contact with the First Nations, and the environment is one of our top priorities.

Hydro Leader: Is there anything else you wanted to discuss that we haven’t touched on yet?

Annick Bigras: We’re all about innovation and sharing knowledge in the dam industry. It’s important that we share knowledge, because our dams must be state of the art. We need to improve our knowledge of the physics of our old dams so we can make our new dams even better. There have been great advances in the fundamental science behind the physics of our dams. We need to improve on this knowledge in geotechnics, hydraulics, and structure. Safe dams are good for the industry. Every company must be profitable, but at the end of the day, our dams need to be safe.

Annick Bigras is the director of dams and infrastructure expertise at Hydro-Québec. For more on Hydro-Québec, visit hydroquebec.com. 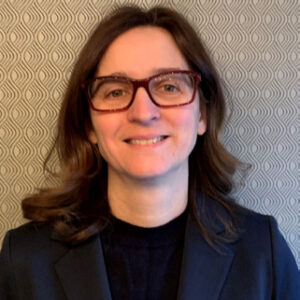